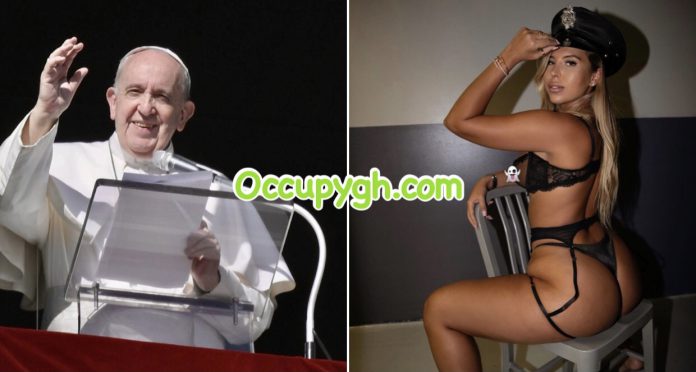 The list of bizarre things happening this year have been uncountable. A few days ago, the Instagram account of the Bishop of Rome, Pope Francis was called out for liking a photo of a Brazilian +18 model.

A screenshot of the post where the Pope’s username was captured surfaced on the internet and got people’s attention.

Many people have expressed that, the account might have been hacked, whiles others also express that it was a mistake.

According to the Catholic News Agency, the Pope’s social media accounts are handled by a team of employees and officials are now investigating how the incident happened.

SEE SCREENSHOTS AND PHOTOS BELOW:

My Girl I Caught Cheating Sent Me A Message To Call...

January 6, 2020
A netizen on Instagram has lamented on the photo-sharing app a sad ordeal he went through with his girlfriend over the holidays. According to the...

Lilwin’s Wife Is More Intelligent Than Him – Kwaku Manu