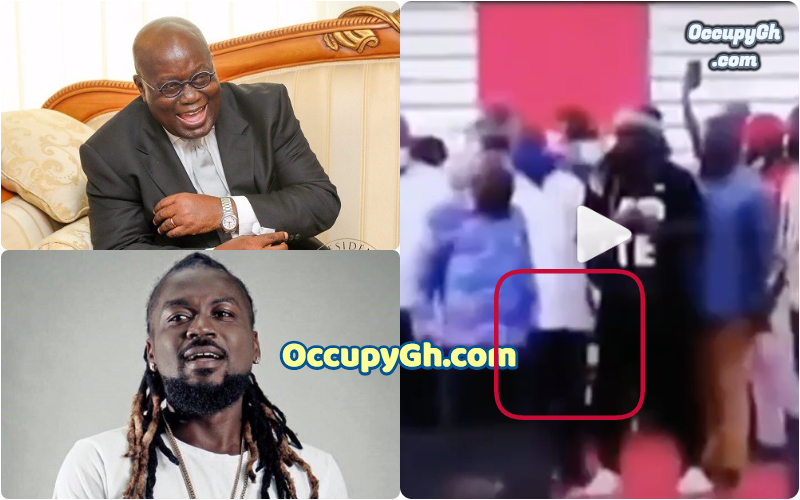 Ghanaian dancehall artiste Samini Dagaati is today the center of jokes after a video which shows him being snubbed at an NPP final rally surfaces.

The video sighted by occupygh.com is currently making waves on the internet.

The video just surfaced a day to the election and many are saying it might have an effect on the coming elections.

The video available to us at occupygh shows the exact moment Samini was hand slapped when he tried to reach for Nana Akufo-Addo‘s hand without the following protocol.

Of course, netizens who saw the video have been trolling Samini online:

@sammybaah_1: “Na Samini too how can you hold the President’s hand and raise it up 😂😂. Are you his qual equal? 😂”

@kmoosi_1: “What is snubbed about it? Simple protocol observation please”

@mikaidesupastar: “It doesn’t show respect for him to hold the hands of the president up..That’s why they stopped him..
Is just not Right..

And there is nothing bad about them stopping him…Tho it looks bad but is not.”