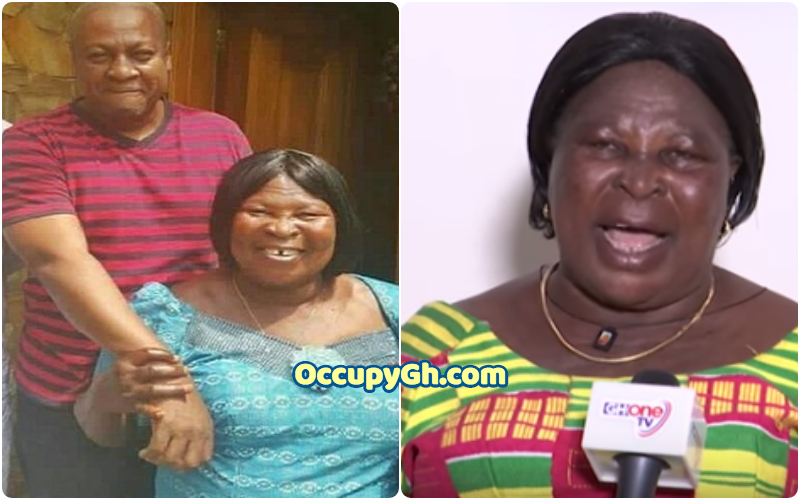 Madam Akua Donkor has alleged that ex-president John Dramani Mahama lost the 2016 election because of the ghost of former president Atta Mills.

According to the female presidential aspirant, the ghost of deceased former President, Atta Mills haunted John Mahama lose the general elections in 2016.

She stated in a reported sighted by us at OccupyGh.com that John Mahama did impressive works in the Central Region, but the region failed to honor him with their votes because of the alleged claims that he killed Atta Mills.

“Mahama was impressive with his development agenda of the Central Region but he did not win the election there and many other places because of the allegation that he killed former President Atta Mills.” She said

Those in your party who lied about you and made you lose votes are still there so if you’re going to seek for re-election do you think you can make it? What are you going to get from going for reelection? It’s just the money they are making you waste. Today it’s unity walk, tomorrow something else. It’s a waste of money,” Akua Donkor noted further.