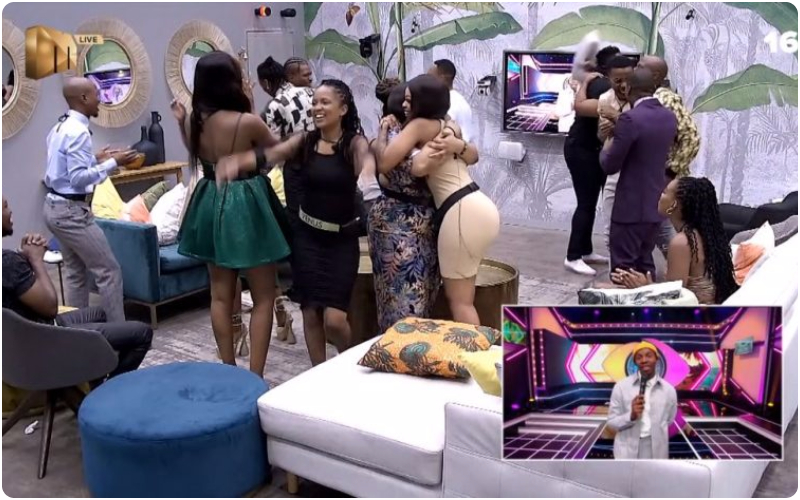 BBMzansi now has Nthabii and Vyno joining the house.

Nthabii goes by her full name Nthabiseng Mothutsi. She is 27 years old. Hometown is Pretoria via Polokwane. She is a student athlete.

“I’m loud. I don’t think it’s my worst trait, but a lot of people find it annoying.”

Multi-faceted Nthabiseng is a 27-year-old who is competitive by nature, she says she’s a fearless and outgoing person who does anything she wants and doesn’t let anything or anyone stand in her way.

The student-athlete is a netball player and only child. She tackles challenges head-on and says she is ready for the continent to see her sass. She describes herself as gorgeous, assertive, fearless. If she’s not training, she’s either drinking, unwinding with friends or sitting with her colouring books.

Nthabiseng’s strategy to survive in the game is to be smart and have several personalities. Other Housemates can “expect a lot of drama – I’m very dramatic with my words and actions. They can expect someone who is funny and very competitive – nothing stands in my way.”

Vino goes by his full name Bongani Sikhukhula aka Vyno Miller. He is 25 years old and from Midrand via Pretoria. He is a Musician.

A musician by trade, Vyno says he is a lot like the music he creates – sometimes chilled, sometimes wild, and he can often be a little nerdy. He spends most of his time on the road between performances, but he says he can be just as comfortable tucked away in a studio, producing music.

Regarding his being selected for Big Brother Mzansi, Vyno says he can’t wait to get inside, and that he has something of an advantage. “I already live in a big house with a bunch of other artists – it’s like the Big Brother House.” His strategy for winning the competition is to keep introducing new twists by being the guy that’s always smiling and laughing but causing a bit of chaos behind closed doors.

He claims to be a good listener, but sometimes people take advantage of his nature. “I can be too nice.” He also says that he can be “surprisingly funny” when he’s comfortable and that he is “actually very smart”.

In his non-Big Brother life, he likes to write, go quad-biking and spend time in the studio – “making music is my life”.