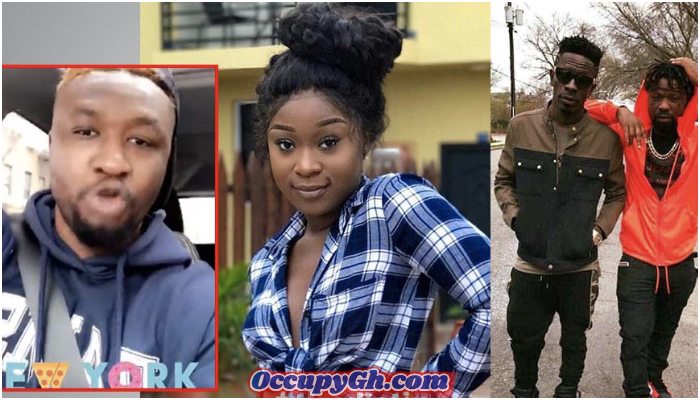 Efia Odo is still in the news after Shatta Wale revealed in a live video with her that she dated his late friend, Junior US who shot dead by arm robbers in the United States a few days ago.

Another report by popular Instagram blog @thosecalledcelebs alleged that Efia Odo charged the late Junior US $2,000 before opening her legs for him.

Now, social media talkative, Archipalago has also confirmed that Efia Odo was banged by Junior US and she charged him some amount of money before spreading her legs for him.

BREAKING:  AWWW! Nana Ama Mcbrown Goes Out Into The Public To Do This (See Details+Video)

Archipalago in a reply to @thosecalledcelebs alleged report expressed shock that Shatta Wale was able to talk about the romantic relationship between Efia Odo and Junior US in a live video.

According to Archipalago, he has a lot to reveal if Shatta Wale was able to reveal in a live video that Junior US dated Efia Odo.