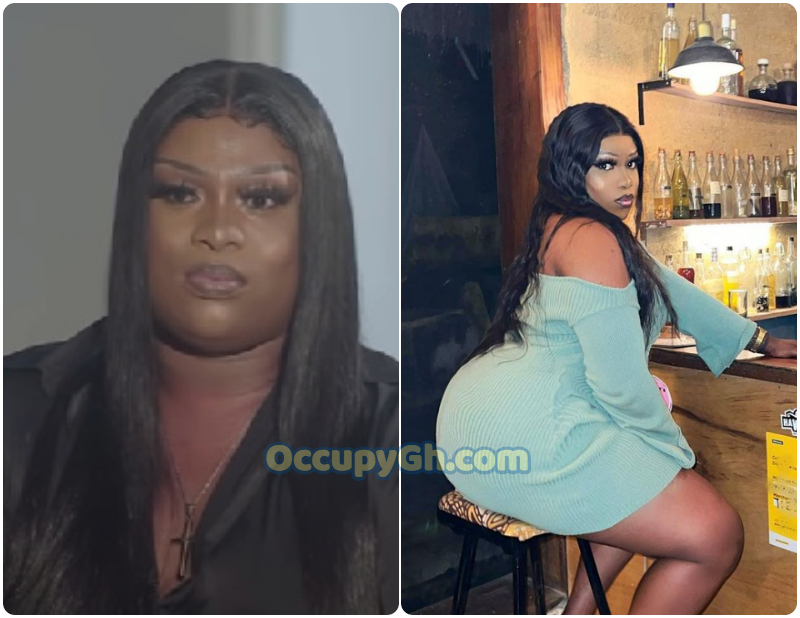 A Ghanaian man who identified himself as transgender, Emmanuel Hughes, aka Ohemartin has revealed what he does when he gets the urge to use the washroom.

Ohemartin, a man who now wants to be identified as a woman, strongly believes that he is not in any way violating the laws by visiting the female washroom.

In an interview with Delay, the 22-year-old transgender said he sees nothing wrong with having a penis and visiting the female washroom.

“I use the ladies anytime I want. I don’t feel like I’m violating ladies in anyway. When I use the male washroom too, people will say I’m violating them as well. I’d prefer not to violate any of the genders but since I now identify as a woman, I’d rather use the female washroom. I don’t see anything wrong with that. I’m not breaking the laws. Yes I have a penis but I don’t see anything wrong with that,” he stated on the Delay show which was aired on February 20, 2022.

He also touched on his feminine physical features.

“I have feminine traits. I have always had boobs and ass. It’s natural. I wear a B cap bra. I don’t take hormonal pills even though I identify as a transgender. I preferred to be addressed as a woman,” he added.