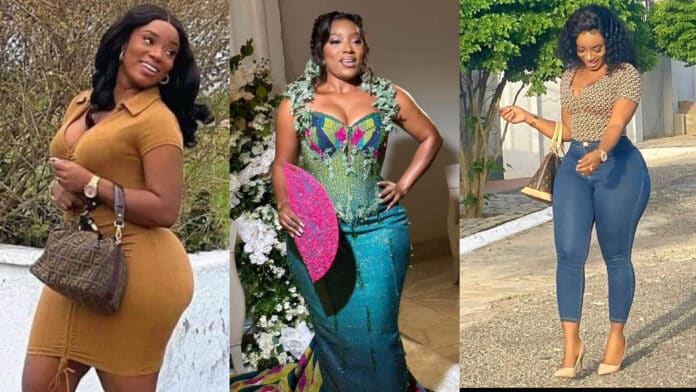 Sammy Gyamfi, the director of communications for NDC, weds his stunning partner in a small wedding ceremony, effectively ending his single status.

Sammy Gyamfi and Irene’s wedding was supposed to happen in late November, but it was postponed until after the NDC’s National Delegates Congress since the groom was running for re-election as National Communications Officer.

Short videos and images that have since become widely available online show dignitaries in attendance, including former president John Mahama Aseidu Nketiah and other NDC bigwigs.

Sammy Gyamfi’s kid, with whom he recently celebrated his 10th birthday, is his biological child.

Unfortunately, he left his baby mother for Irene for reasons that are best known to him and which he has not yet made public.

BREAKING:  OH! Xandy Kamel Now Reduced To Fooling On Tiktok Just For this Reason (Reason+ VIDEO Will Shock You)

Irene Gyamfi, Sammy Gyamfi’s wife, is largely unknown. The two reportedly dated for some time but always kept their relationship a secret.

Irene Gyamfi is reputed to be a fervent supporter of the National Democratic Congress and has held a number of unusual roles inside the organization.

Irene Gyamfi has gorgeous curves, a radiant figure, an attractive shape, and other features that really set her attractiveness apart.

Below are some mouth-watering pics of Irene Gyamfi

READ ALSO: Afia Schwar Begs The Judge Not To Imprison Her