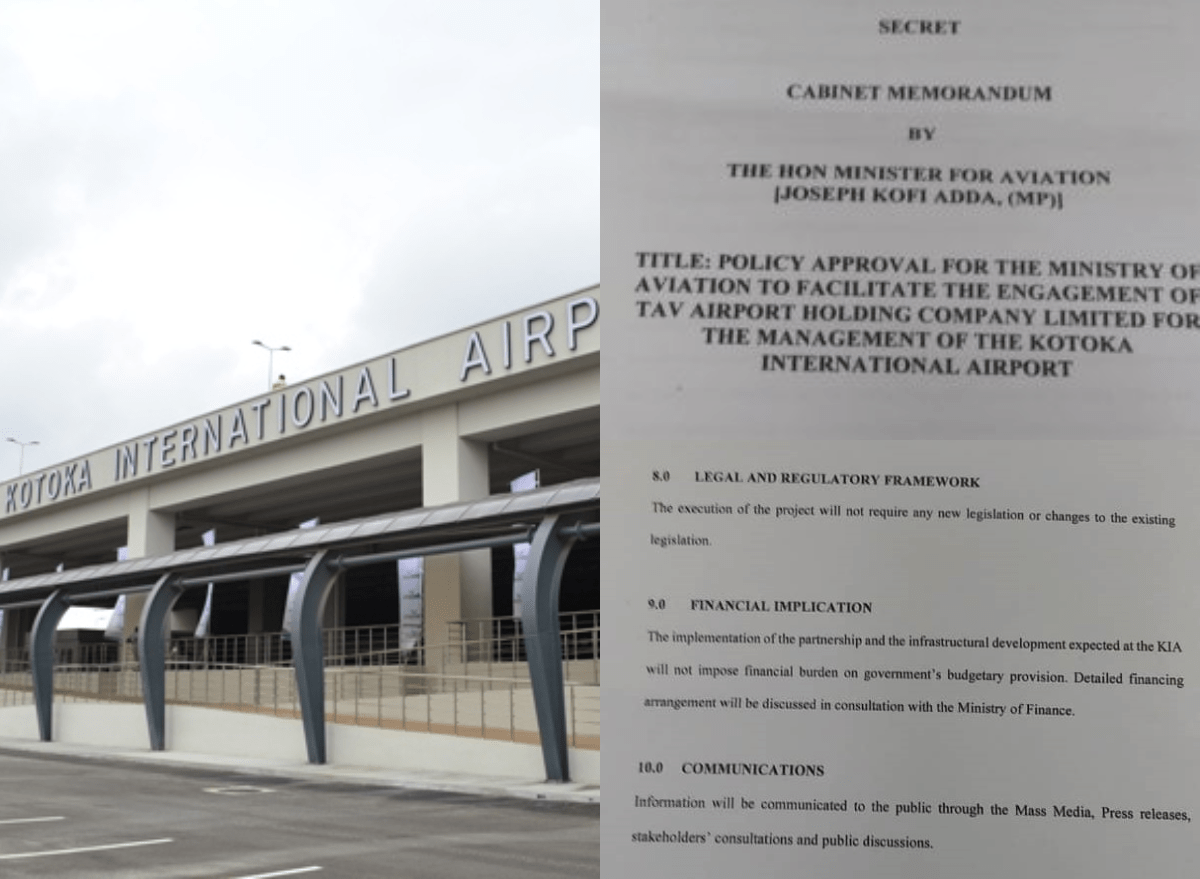 There has been a proposal by the Aviation Ministry to cede the management of the Kotoka International Airport to a private company, according to a draft memo to Cabinet sighted by the media.

A private company, Tav Airport Holding Company limited, is being considered for a terminal management contract or a concession agreement for the airport, which handles an average of 4,706 passengers daily.

The Aviation Ministry received a proposal from Tav Airport Holding “to help bring about the physical development of the airport enclave.”

Under the proposed terminal management contract, terminals within the airport will be managed by the airlines while the ownership of the airport and its operations remain the responsibility of the state.

“The concessionaires assume most of the risk for potential downturns in the airport revenues but also receive a greater reward if there is an unexpected increase in airline passenger traffic,” the memo noted.

The proposal urged Cabinet to “consider and convey policy approval for the Ministry of Aviation to facilitate the engagement of Tav Airports Holding Company Limited as a strategic partner for the management of Kotoka International Airport.”

The proposal cites New Zealand as an example where the private sector was involved in airport management “to release the government of the heavy fiscal load and also to increase the airport industry contribution to the economy by being more efficient.”

BREAKING:  Even If I Die Don't Come Back To Ghana - Ghanaian Father To Son Traveling Abroad (VIDEO)

The ministry argued that “the participation of the private sector will bring about the needed equity investment for the transformation of the sector thereby making the KIA achieve competitive status within the West African Sub-Region and the continent as a whole.”

It also said such move will be to provide “the needed financial strength for infrastructure and technological investment in the sector.”

Ghana Airports Company Limited is the current manager of the airport and it was established as a result of the decoupling of the existing Ghana Civil Aviation Authority (GCAA).

Ghana Airports Company Limited is an implementing agency under the Ministry of Aviation and has been operational since 2007.