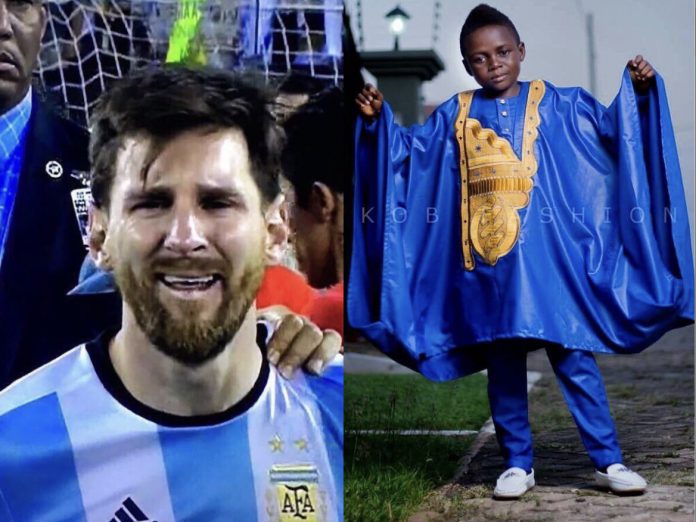 Andrea Lionel Messi the new Paris Saint Germain (PSG) skipper since joining the club and making his debut for the Ligue 1 and Champions League has not been able to find the back of the net.

BREAKING:  "Women Should Be The Ones Asking Men Out"

Expectations for him were so high that many thought he’d score in his first debut because League 1 is classified as a very weak league unlike La Liga but Messi is yet to get a goal for the Club.

However, a tweep has descended heavily on the Argentine player with some vulgar and cold words.

According to Ghanaian tweep, Messi is a money-conscious man who is overhyped fraud and is no different to Ghanaian shortest Actor, Yaw Dabo.