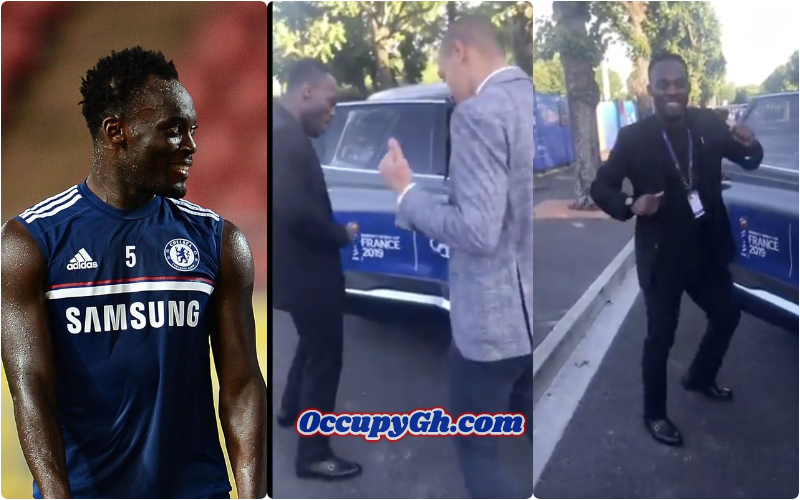 A video of Ghanaian midfielder, Michael Essien, dancing on the street streets of France has popped up online, OccupyGh.com has sighted.

Essien is well known for his football skills since his early days at Chelsea, little did we know that he is a good dancer as well. Obviously the Ghanaian blood runs in him as he is seen putting down some few senior dance moves.

Essien is currently in France as an Ambassador for the FIFA Women’s World which is ongoing in the European country.

OccupyGh.com has learnt that on their way to a game between Nigeria and Norway, Essien joined his Nigerian brother – Peter Odemwingie to display what the African continent is known also for, dancing.

The video sighted by our OccupyGh.com Sport was shared by BBC’s Mimi Fawaz on her Twitter page and has since then gone viral.