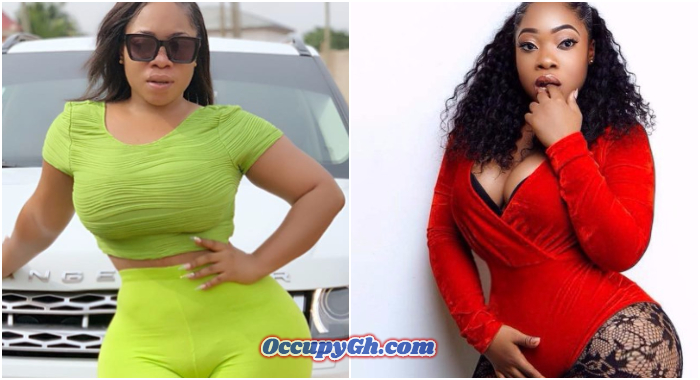 Several people have bashed actress Moesha Buduong countless times on social media for some posts she makes on her pages by it seems the actress is not ready to pay heed to comments by her fans.

In a recent Instagram post, Moesha shared a photo of Kim Kardashian and husband Kanye West with a long caption, stating that Kim has been able to stand strong amidst all the difficult times she has gone through but Kanye had stayed by her side and that’s how her ‘boo’ treats her too.

This stirred up some controversy on her page as fans advised her never to mention God’s name attached to her promiscuous lifestyle.

She then took her time to reply almost every comment under the post, telling some of them that she is rich and happily married.

Since when did Moesha marry that we didn’t hear because for someone like her, she would definitely love to show off her ring or marriage ceremony as she always does to new things she acquired; the cars, uncompleted house and several others.

Here are screenshots of Moesha telling some fans that she is married:

In this article:Instagram, Moesha Boduong