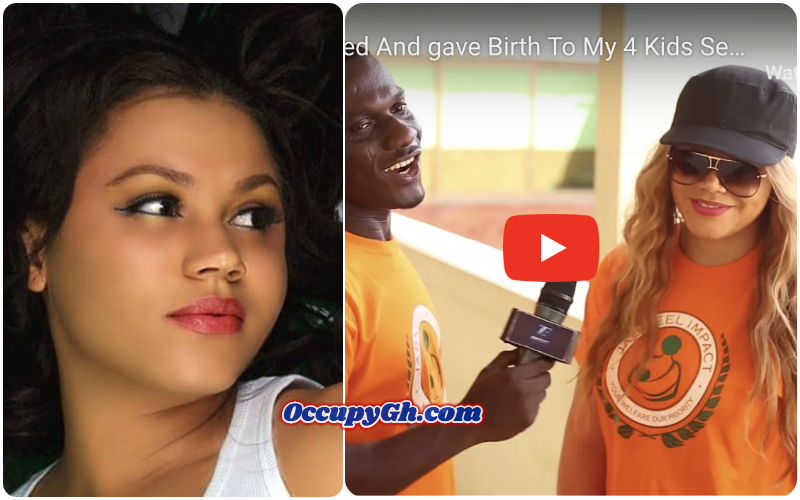 Ghanaian actress Nadia Buari who has been married with alleged 4 kids has finally confirmed it speaking on it, addressing issues why she keeps it away from the media space, OccupyGh.com reports. (Video below)

According to the Nadia, it’s a personal decision and she feels her four children are too young and innocent to be exposed to the media.

She added that she is very family-oriented and that motherhood is the best thing that ever happened to her.

“It was my choice. People know me as a character on the screen but behind the scene, I am Nadia Buari. I am not a reality star, that’s not what I introduced to the world.

I introduced a character so I feel like there is always supposed to be a border between my private and public life. It’s a personal choice. Now I feel my children are too young and I don’t know when they will ever be ready for this.

They are innocent and don’t even understand the media and everything that comes with it. It will be so unfair to put them out there when they haven’t asked for it. I am just respecting the fact that they are very innocent”, Nadia Buari disclosed.

Nadia Buari gave Ghanaians a shock when she revealed that she has four children. The actress had a set of twin girls in February 2015 and a baby girl in February 2017 and the last one in January 2018.

The actress is one of the few celebrities who keeps her relationship and private life away from the public.

In this article:Instagram, Nadia Buari