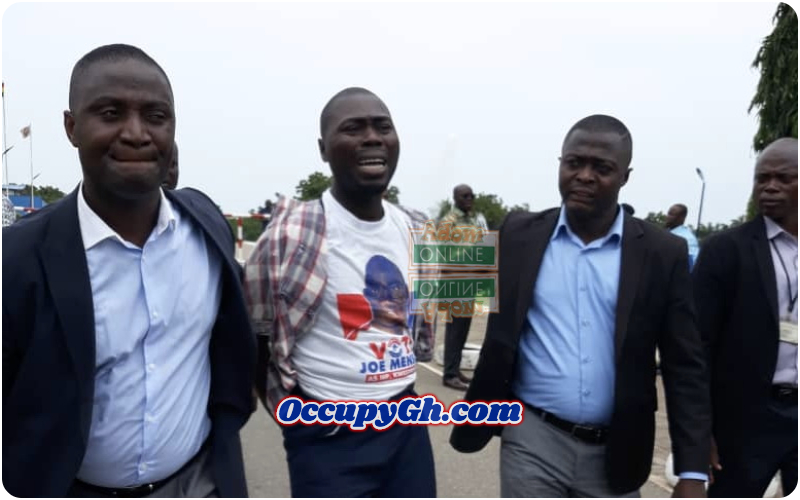 A young man alleged to be a member of the NPP has attempted committing suicide in Ghana’s parliament. This unfortunate event happened on 13th June, Thursday afternoon, OccupyGh.com reports. (Video below)

According to Abednego, the man who has been identified as Kojo Mensah attempted the act at the Public Gallery of parliament, much to the surprise of parliamentarians and others in the gallery where he wanted to commit his crime.

A close look at Kojo Mensah’s dressing suggests he was wearing a New Patriotic Party (NPP) t-shirt with the image of Kwesimintsim Member of Parliament, Joseph Mensah, printed on it.

He has since been transferred to Ministry Police Station in Accra for questioning. More coming…

Check out photos of the man being whisked away by security personnel below:

Checkout a video report as reported by Adom News journalist, Abednego Asante Asiedu below or Click Here for more videos…

In this article:Instagram, Nana Akufo-Addo, NPP