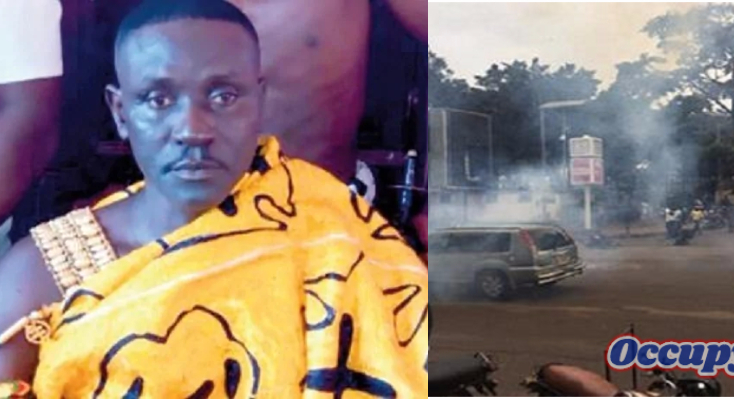 Ogyedon Appiah Kubi Paabour Katakyie IV, Omanahene (King) of the Sankore Traditional Council in the Bronx Ahafo Region of Ghana was reportedly beaten in public by the youth of the township.

Reports by Dailyguidenetwork.com indicates that he was manhandled because he allegedly refused to allow an assemblyman, Stephen Akowua Acheampong, to bury his relative at Sankore.

The assemblyman confirmed the incident but however claimed the Omanhene was not beaten as it is being speculated.

Ogyedom Appiah Kubi however revealed that he was indeed manhandled and added that it was the Acheampong who organized people to beat them.

According to him, he has already written to the Ministry of Local Government and Rural Development that he cannot work with the assemblyman. Acheampong later said there has been a ‘fracas’ between him and the omanhene for some time.