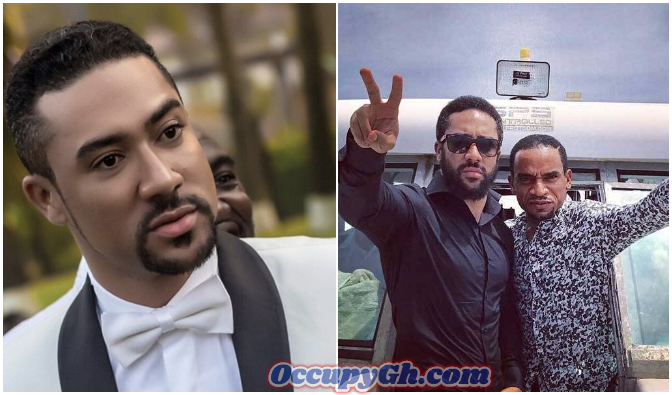 Pascal Amanfo, a close friend of Majib Michel has revealed in an instagram comment the truth behind Majib’s alleged throat cancer and surgery.

Pascal who happens to be a colleague actor as well made this comment on a video shared on Majid’s instagram account which was spotted by OccupyGh’s entertainment crew.

In the video, Majid Michel was speaking smoothly without any hitches. Pascal in the comment section somewhere stated that Majid never underwent surgery, the picture which went round that saw him at the hospital was rather taken on an airplane.

According to Pascal, a purported photo of Majid lying in a hospital for the surgery was a photo taken of him in a plane and not a hospital. He added that there was no such diagnosis and no surgery.

“@iampascalamanfo: @ghkwaku Kwaku can you also tell them that there was no surgery…no such diagnosis and that, that picture was taken from an AirFrance flight and not in a hospital?” Pascal wrote.

This brouhaha about Majid having throat cancer was fake news reported by an unknown publisher, we frown on fake news. We thank God that it has been debunked by the actor’s friend.

We welcome your view in the comment section below…