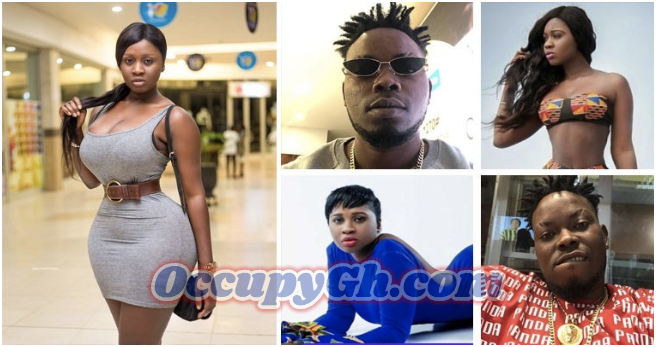 Gambian actress Princess Shyngle took to her Instagram handle on Valentine’s day to flaunt her new Brabus G-Wagon car she claims her boyfriend bought for her.

Social media users and some fans have been wondering who was that mystery boyfriend after the video went viral since the glass-hour shaped slay queen made it known on her social media timelines that she was single.

An Instagram celebrity page ‘Those called celebs’ has provided a photo of a man believed to be the so-called rich boyfriend of Shyngle.

Apparently, the alleged boyfriend is a Nigerian musician and goes by the name Kevin Too Much.

Other developments indicates that ‘Kevin Too Much’ the sponsor or Sugar Daddy is demanding for twins in return which Shyngle has agreed to by posting the acceptance in a video on her gram page.

In this article:Gambian, Instagram, Kevin Too Much, Princess Shyngle, Slay Queen