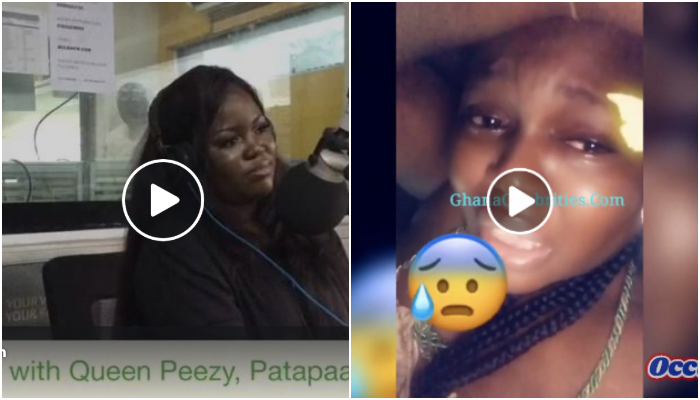 Gabriella Kotey, the estranged girlfriend of Ghanaian artiste Patapaa has extensively spoken after suffering a dreadful heartbreak from the Swedru’s very own – Patapaa. (Video below)

Queen Peezy disclosed in the live interview how she felt before Patapaa traveled to Europe and what she thinks of the whole white girlfriend saga and what she plans to do next.

“I felt he will be snatched from me. Indeed, he told me he was going to Europe to play shows and I couldn’t go with him because I wasn’t in his travel plans.”

Queen Peezy also disclosed that communication with Patapaa was shortcoming, for she spoked only twice with him and the next thing she knows was a video of Patapaa kissing a white girl going viral on social media.

“We have spoken only twice since he travelled. When I saw the first video, you could hear at the background ‘pause-action’ which I was okay with it because he was shooting it for a music video,mene woara. Initially, he told me he will be shooting a part there and will back so we shoot our part —which I took normal.”Queen Peezy said.

Queen Peezy was reported to have broken down in tears at this moment as she tried to avoid direct contact with the cameras.
Source: OccupyGh.com