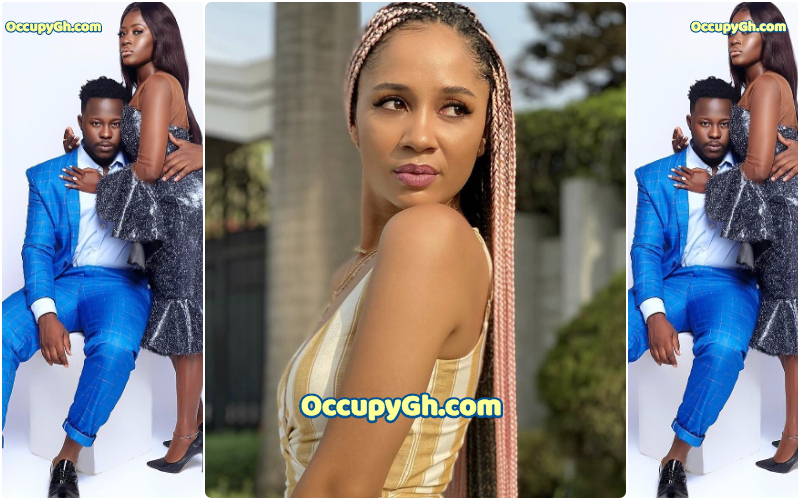 It is certain, Sister Deborah’s ex-boyfriend, Medikal is about to settle down with Fella Makafui and Sister Deborah at this time wouldn’t be the happiest person.

However, the “Kakalika” singer, has indirectly reacted to the news about their upcoming engagement ceremony.

The thought of it gets even more painful when one remembers how she (Sister Derby) proudly stated in some interviews that she would wish to be Mrs to her ‘school son’ and probably give him a few kids at the time they were a thing.

Even though it looks quite heartbreaking, Sister Dery has decided to wear her big girl’s shoes and act unhurt.

In a subtle reaction to the whole news about their marriage on her Instagram page, the ‘Libilibi’ singer sort of suggested that marriage was not her ultimate goal in life.

According to her, she is no dust to settle down.

She wrote as the caption of the photo that was revealing some of her flesh: “Them: Sister Derby so when are you settling down? Me: Why, am I dust? #Somebody music video link in bio.”

Check out Sister Derby’s post below or visit OccupyGh.com for more stories.