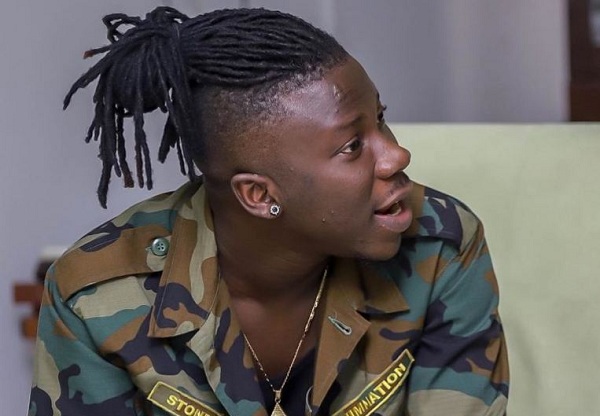 A video has popped up on social media of Ghanaian dancehall artiste, Stonebwoy who was seen preventing a man spotted in an army attire from beating a fan who was just showing his Love for the artist.

In the video which is fast going viral on social media, Stonebwoy while performing at the this year’s Avakpedome, a 4syte annual show which was sponsored by Kpoo Keke was seen taking the stick from a military officer who had wanted to use it on a fan who was probably showing his love for Stonebwoy.

Stonebwoy as a matter of urgency instructed his security guards to walk the military man off stage to prevent any fight or misunderstanding that will mar his performance.

Meanwhile, Music Maestro Kojo Antwi after his collaboration with dancehall artist, Stonebwoy has heaped a very hefty honour on him; stating how proud he is of the BHIM Nation CEO.