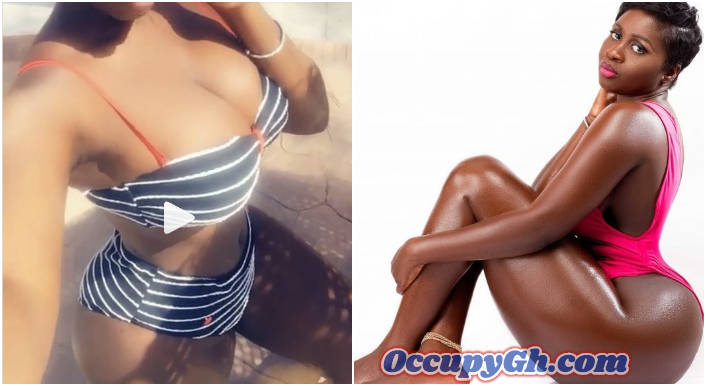 Gambian curvaceous actress has sent out warning shots to the wives of men she dated which includes Michael Essien , D-Black et al.

It can be recalled that , the actress on the Delay show made some shocking revelations .

According to her , she dated Ghanaian footballer , Michael Essien , D Black and other men.

She however posted a video of her sumptuous body on instagram and bragged that the husbands and boyfriends of people she dated in that past can’t let her go because of her spanking body .

She captioned the video “If your man was my ex you gat to be very worried baby girl cuz he’s still blowing up my phone and can’t seem to let go”.
We can not confirm if this message was directed at Michael Essien ,D-Black et al but its a message directed at her exes she dated who can’t let her go and have been pestering her with numerous calls/messages .