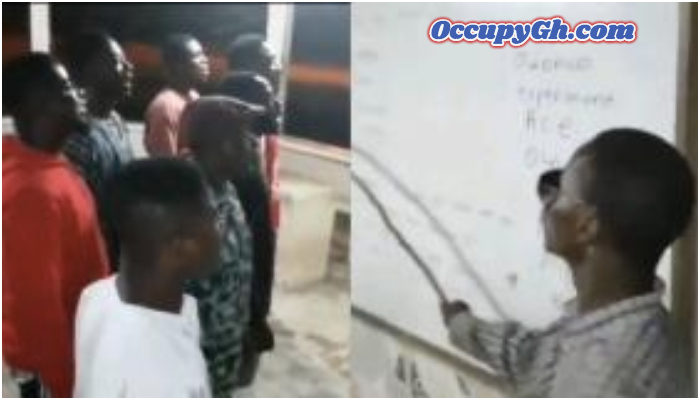 Patapaa is currently trending with his hilarious verse he gave on Kawoula Biov’s song dubbed ‘Daavi Nebu‘ which was released some few weeks ago.

The song had Patapaa spitting some difficult to understand ‘Skopatumana’ rap lines.

Social media users have ever since started using it so quickly in a now trending Challenge.

Celebrities Buzz has sighted a teacher teaching his pupils how to properly rap the lines to perfection.

The song is one of a kind which no one on planet earth could understand the message Peezy was trying to send through.