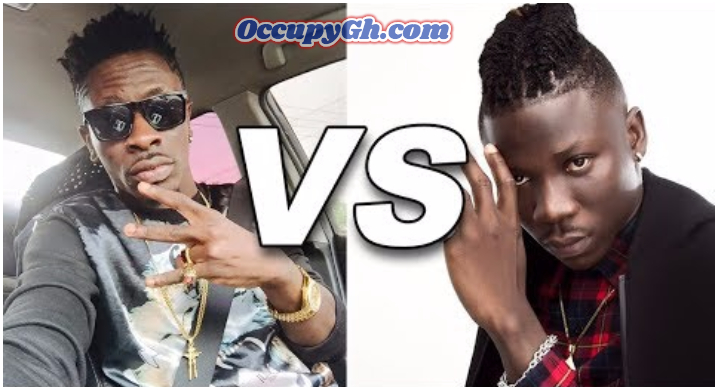 Two biggest dancehall brands in Ghana, SM boss Shatta Wale and the BHIM Nation governor Stonebwoy are at it again and this time around, it’s a twitter finger war.

The duo are back to doing what they do best, which is throwing shade at each other on social media.

Stonebwoy recently announced a collaboration with Beenie Man, which led many people to praise him for always being able to land massive foreign collabos and naturally, made Shatta Wale jealous as hell.

That led ‘Gbee Naabu’ to take to twitter to shade Stonebwoy. In a tweet, he said artists who always collaborate with top stars easily lose the public’s interest and have no noteworthy accomplishments.

BREAKING:  Sarkodie Gets Featured On Bob Marley's Stir It Up 'Special' Remake (VIDEO)

But in a swift rebuttal, Stonebwoy brushes away Shatta’s criticism as jealousy. According to him, even if he walks on water he would be criticized for it, a clear dig at Shatta’s earlier tweet.

Stonebwoy wrote on twitter: “Remember that even if I walk on Water, Some people will say it’s because I can’t swim. Don’t Watch Dem!”