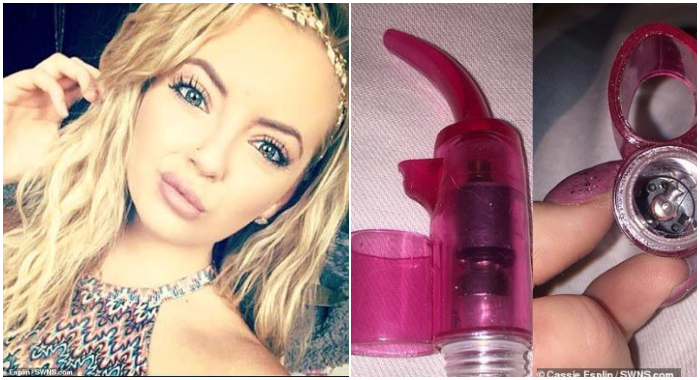 According to the 25-year-old, when she picked it up the battery pack, flew out with such force it hit the ceiling leaving a black mark, according to Mail Online Agyapaonline.net sighted.

She said: ‘Thank God I wasn’t using it. It could have caused some damage. I jumped out of my skin I was in so much shock.

‘I just thought “oh my god what has just happened”. I was holding it close to my face and it could have hit my eyes. I could have been blinded by a £4 s*x toy.’