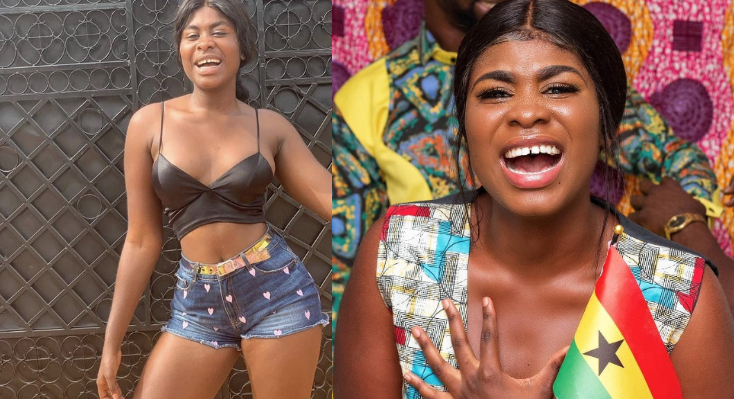 Yaa Jackson, kumawood artist who’s fast gaining grounds in the country has set social media talking with the release of her latest photos.

The young entertainer has proven to her critics that she is currently the hottest celebrity in Ghana.

OccupyGh.com’s entertainment crew has sighted a photo posted by the artist on her Instagram page, looking all glamorous.

In the photo posted by Yaa Jackson, she wore a short jeans and a silky top. She captioned the photo, “I have special talents.”

The photo has set social media ablaze as fans are really commenting about it.

Yaa has been labeled as a ‘bad girl’ due to the kind of songs she does and the photos she has been sharing on her social media handles.

But the Kumawood actress has proven her critics wrong by venturing into gospel music.

She was also in the news when she signed a mouth-watering record deal with Magic Empire owned by Black Stars forward Richmond Boakye-Yiadom.

In this article:Instagram, Kumawood, Yaa Jackson