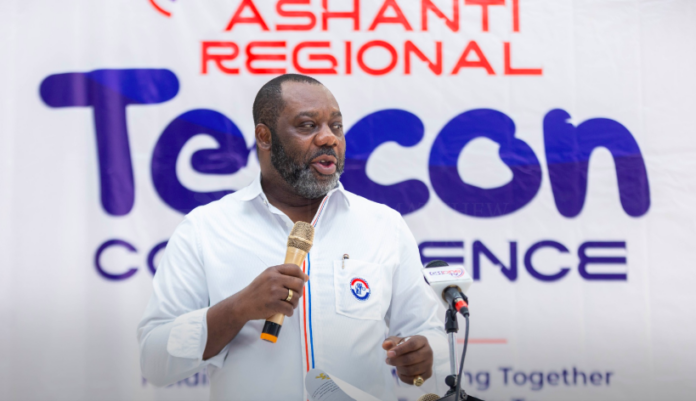 According to Energy Minister Dr. Mathew Opoku Prempeh, the ruling New Patriotic Party (NPP) is the better choice for Ghanaians than the opposition NDC.

One of the issues facing the government, he said, is the Ghana cedi’s depreciation versus the US dollar, but he added that things would have been worse if another political party had been in charge of the country’s economy.

According to NAPO, if the NDC had been in power, the cedi, which touched an all-time low, would have reached Ghs48 to the dollar.

“NPP’s worst is better than NDC’s best. Some of you are motivated to serve NPP; you want to do your best.

“Only NPP can improve Ghana. Imagine how much worse it would be if it were NDC. If NDC was in power, the dollar would have reached 48,” he added.

Moreover, he advised the young patriots to be loyal to the party and the government in the face of hardships and to refrain from squabbling, hostility, and acrimony that would prevent the party from overturning the Eight.

To that effect, he declared that it was preferable to be the ruling party’s gardener than the opposition’s landlord.

READ ALSO: If A Man Allows His Wife Pay The Bills, He Should Be Ashamed Of Himself: Nigerian Lady

In this article:$1 Would Have Reached 48ghc, Dr. Mathew Opoku Prempeh, Energy Minister, If NDC Was In Power