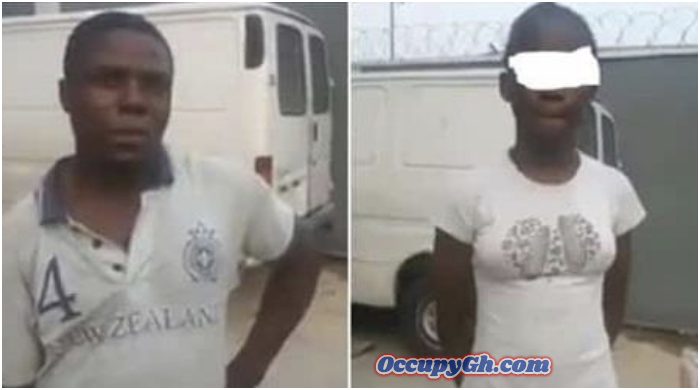 Parents have been warned to be careful with how they leave their children/wards at home with workers, neighbors, family and friends, following an incident which happened recently between an eleven year old girl and a painter.

In a viral video posted online by the girl’s father, the painter identified as Samuel tried to use the opportunity that the little girl was in the backyard alone and attempted to touch her breasts while working in the compound.

He asked her to come so he could touch her breasts after sending her on an errand. This prompted the little girl to slap him and run away. The girl later notified her family of what happened between her and the painter.

The painter’s confession was recorded in a video and shared by the girl’s father as he reportedly took the young man to the police station over the despicable act.