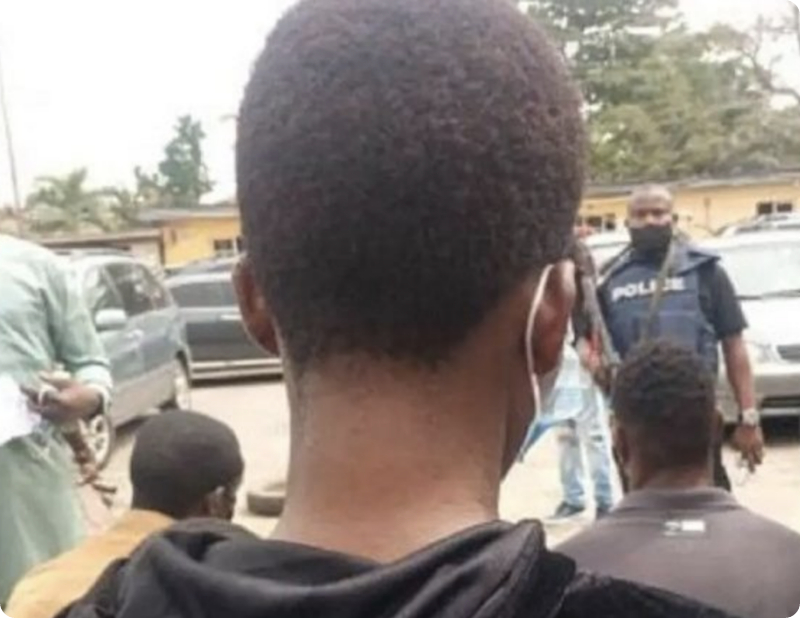 A 26-year-old lady, Oluwatoyin Joshua, has been arrested in Lagos for allegedly killing her ex-boyfriend over $7 (N3,000) in the Shangisa area of the state.

Parading the suspect before newsmen, the spokesperson of the state police command, CSP Adekunle Ajisebutu, said that the money in dispute was given to them by a “Good Samaritan.”

The suspect who claimed to have regretted her action said that she killed her former boyfriend in self-defense.

Speaking to newsmen, the suspect said;

“I am Oluwatoyin Joshua, I am 26 years old. On the day of the incident, I went to see Olayinka Adebayo who was my ex-boyfriend at the place, where he was selling hard drugs.

When one of his friends, Olalekan, an internet fraudster came and gave me N3,000. He was about travelling when he gave me the money. The guy (Olalekan asked me to take N1,000 and give my ex-boyfriend N2,000.”

After Olalekan gave me the money he left, I went to meet my ex-boyfriend and told him that his friend said I should give him N2,000, he said it was a lie that he owns the whole money.

I told him he cannot collect the whole money from me and I dropped his own N,2000 on the table. Thereafter, my ex-boyfriend picked the money, threw it back at me and he then called the guy that gave us the money.”

“Before I knew what was happening, my ex-boyfriend started beating me. I went to report him to an elderly person in the area who warned him and I was advised to leave where he was staying and he was dragged away. After he was dragged away from my side, he came back to continue to beat me, it was in the process I went into the kitchen to pick up a knife to scare him.

While I was running away from him he hit me at the back of my head with a broken tile. I then stabbed him in the neck and he was rushed to the hospital where he later died two hours later. I was the one who paid his hospital bill.”

Ajisebutu said the suspect is in police custody while awaiting Legal Advice from DPP.