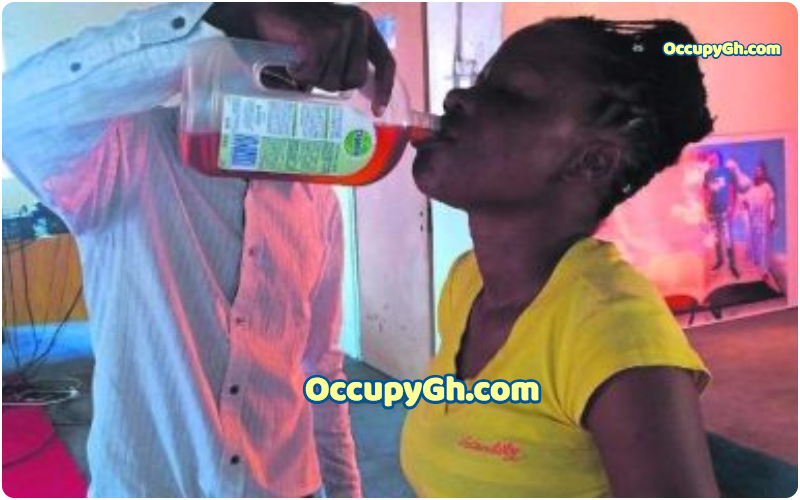 A South African Prophet Rufus Phala allegedly gave his members ‘Dettol’, a household bleach to drink as a sign of faith during a church service.

Fifty-nine of them have been confirmed dead while four are in critical condition after drinking the Dettol.

Police are investigating the incident.

Recently, the same prophet made his church members drink Dettol, claiming the antiseptic liquid will heal their sickness.

According to Daily Sun SA, Prophet Rufus had told the congregation to drink the disinfectant, promising they would be healed of their sickness.

“I know Dettol is harmful, but God instructed me to use it. I was the first one to drink it,” he claimed, adding that he had been getting WhatsApp messages from people who said they had been healed.

Check out the photos from the unfortunate incidence below or visit OccupyGh.com for more stories.

In this article:Religion, South Africa