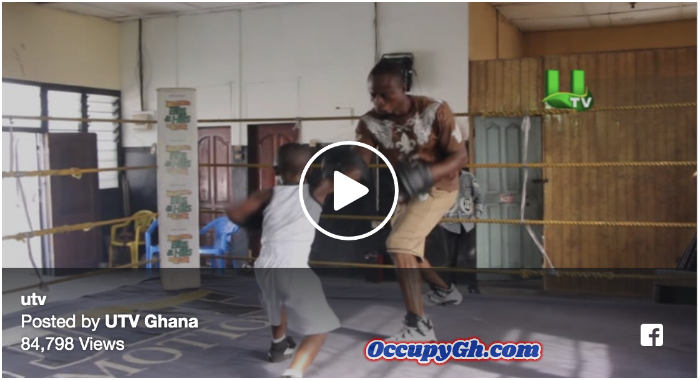 There’s a 6-year-old Ghanaian Boxer identified as Prince Larbi doing wonders in the boxing ring and he’s already winning the hearts of many.

In a trending video, one can see the young boy training hard in the ring with a man believed to be his coach.

His strength is breath-taking … you won’t believe he’s just 6 years of age.

His footwork, bobbing, slipping techniques coupled with energy is so on point.

If proper care is taken of him, he’ll sure grow into one of the Greatest Boxers Ghana has ever known.

His father who has dedicated his time to training the young champ has said that it’s his wish to see young Larbi to become a world champion by the age of 19.

A social media user after watching the video below even suggested that Government must give him an aid.

“If the anyone in government is watching pls help this kid,he got the dream and let not kill it.world champion in the making” – Lawrence G Kofie commented.

In this article:Boxing, Prince Larbi