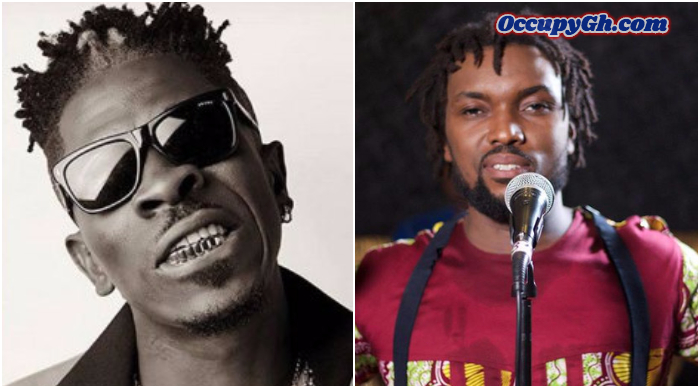 Oscar often jabs Wale and his legions of SM fans, who to be fair are so deluded they are easy to jab on any given day.

In recent days, Shatta Wale has taken any chance he has to slam Stonebwoy. It all stemmed from Stonebwoy revealing his latest collaboration with a foreign superstar, this time Beenie Man, coming on the back of other similar collaborations with top foreign stars.

Unhappy over Wale’s attacks, Oscar also slammed him and his fans as fools who can never appreciate anything good that Stonebwoy does.

“Even if @stonebwoyb wins #TheGrammys , @shattawalegh will find a way to belittle it because it won’t be him … we better get used to his envious induced foolishness .. it certainly can’t be worse than the nation’s economy. No wonder 70percent of his fans are all fools” Oscar tweeted.