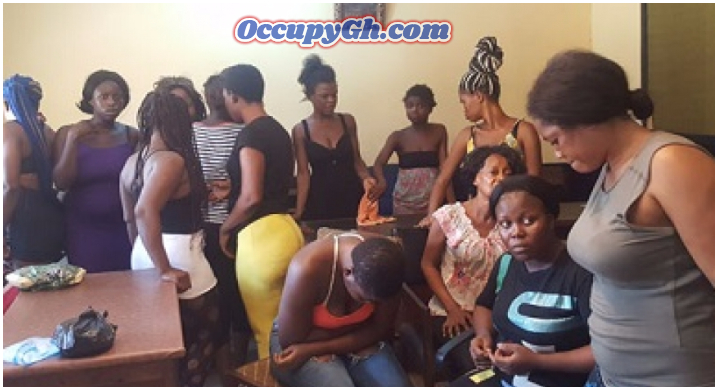 Nine out of 20 suspected commercial sex workers, who were arrested in a brothel in Accra, last week, by the police have been fined GH¢240 each.

The convicts, who pleaded guilty to the charge of soliciting immoral purpose to wit sex, also signed a bond to be of good behaviour for six months, by an Accra magistrate court.

The Kaneshie District Police Commander, Superintendent of Police Ernest Acheampong, who disclosed these to the Ghanaian Times in Accra yesterday, said eleven others pleaded not guilty to the charge, and have been granted bail to appear again in court in April 23

The Ghanaian Times in its March 29 edition, reported that 20 alleged commercial sex workers, including five Nigerians, and a pregnant woman between the ages of 18 and 35, were arrested in a swoop by the police in a brothel in Accra.

The operation was carried out at the Kwame Nkrumah Interchange and Chisco, near Avenor, in Accra.
Source: Ghanaian Times

In this article:Crime, Kaneshie, Prostitution