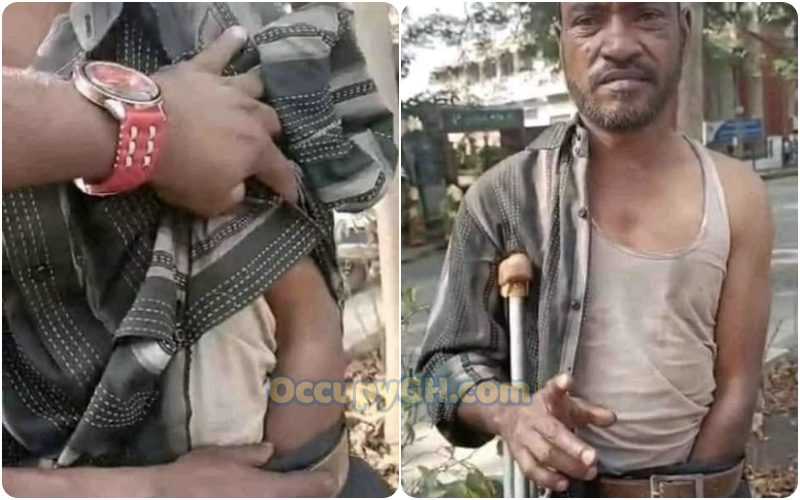 A rather unsuccessful ‘fake’ beggar has been busted by police officers in Mombasa for using an old trick in the books to fool the public.

BREAKING:  Woman Attacked In Daylight Robbery In Front Of Her House In Dansoman (VIDEO)

The arrest was launched after members of the public complained of the influx of fake beggars in the busy town.

Police also revealed that the fake beggars, most of whom are homeless, turn into thugs at night.

During the operation, a man who appeared to be handicapped was arrested after police discovered that he had put one of his arms in his trousers to make it appear like he doesn’t have both arms.

He was strategically standing on a busy street with clutches begging from passersby, yet he is physically fit.