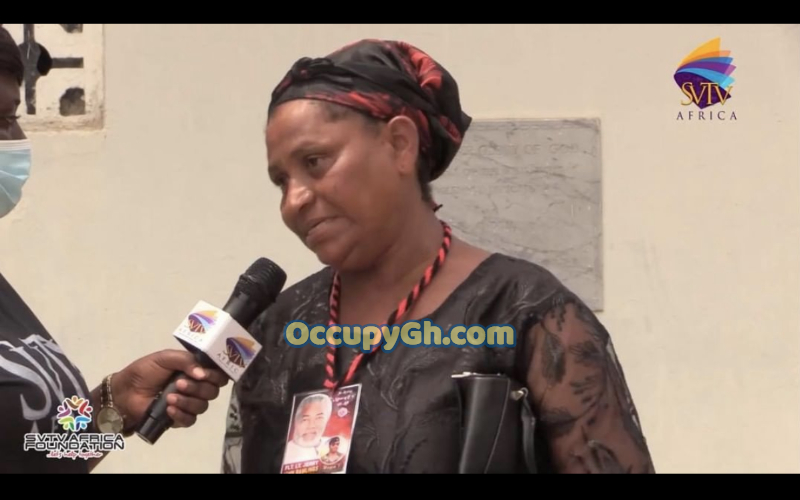 Abigail made the revelation in a viral interview with SVTV Africa monitored by OccupyGh.com.

According to Abigail Rawlings in the video, she is the first daughter of late former President Jerry John Rawlings.

Undoubtedly, Abigail shares a stunning resemblance with the late President.

She is not just claiming to be blood-related with the Rawlings but also, she is ready to undergo a paternity test to prove it.

Questioned as to why she is not coming out with this notion, the fair woman noted that she once confronted Maame Dokono with it who advised her to move out of the country because of fear.

“Maame Dokono knows about this. In 2003, I visited her and told her about my story, but she told me if I don’t keep quiet about it I may die. So she gave me money and I left the country,” Abigail noted.

She further revealed that she is very familiar with the family in the Volta Region and when Rawlings’ mom died, she was at the funeral with the entire family.