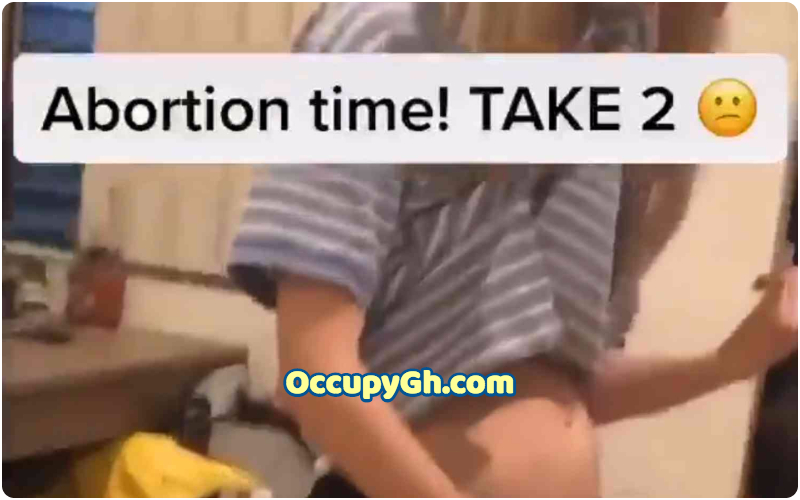 Countless Americans have taken to Twitter to share their dismay at the message they believe the video is propagating.

The video was originally posted by a TikTok user from America called @cpcake2 and is labeled “Abortion time! TAKE 2”. It was later shared on Twitter and viewed hundreds of thousands of times.

The video shows someone named Ashley, who is presumably the friend of the account owner looking in a mirror while the person filming holds a positive pregnancy test within the frame of the video.

“How do you feel Ashley?” she asks while Bruno Mars’ It Will Rain plays in the background.

On a different day, Ashley shows off her visibly swollen belly before the video cuts to the pair parked in a car outside a Planned Parenthood clinic.

Planned Parenthood is an American nonprofit organization that provides reproductive health care in the United States and globally.

The video then cuts to a sad-looking couple with the words “there are two abortion moods” tagged to the clip while Jeremy Zucker’s Scared plays with the lyrics “don’t be scared, I’m right here”. It then cuts to Ashley fist-pumping in her seat.

BREAKING:  OH! Xandy Kamel Now Reduced To Fooling On Tiktok Just For this Reason (Reason+ VIDEO Will Shock You)

Thereafter we see her on a medical table with her feet in the stir-ups while her fetus is shown on a sonar screen next to the bed and the clip ends.

Twitter users are now divided across pro and anti-choice lines as well as age lines.