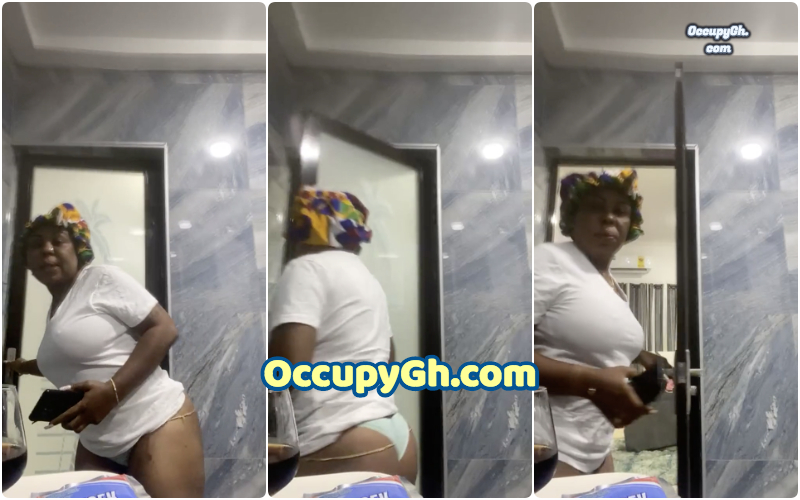 The feud between Afia Schwarzenegger, Apostle Kwadwo Safo, and Mona Gucci has taken a new twist as Afia takes to Instagram naket to crucify the CEO of Kantanka Media.

Afia Schwarzenegger in an InstaLive session sighted by OccupyGh.com has sworn never to render an apology. According to her, she will only do that if Kantanka TV management apologizes to her too for allowing her father to be disrespected on Mona Gucci’s show.

According to Afia Schwarzenegger, Mona Gucci invited MzBel on her show, and during their conversation on the TV channel, they defamed her with MzBel’s claim that she has once traveled to Kumasi to sleep with a dog for cash.

The Ghanaian comedienne listing the reasons why she won’t apologize, also recounted that after MzBel’s interview, Mona Gucci also invited Nana Tornado to her show who disrespected her father on the TV station by claiming he is ‘jonkey’ living in abject poverty.

According to Afia Schwarzenegger, she wouldn’t have attacked Apostle Kwadwo Safo, if her father wasn’t insulted on the show.

She added that she was also provoked after Kwadwo Safo Kantanka Jnr, who is the C.E.O, of the TV station owned by his father, refused to talk to her after she tried to reach out to him to register her displeasure over how Mona Gucci has allowed people to disrespect her family.

Afia Schwarzenegger spoke from her washroom whilst just wearing pants beneath a T-Shirt, leaving her ‘goodies’ on display whilst she rants.