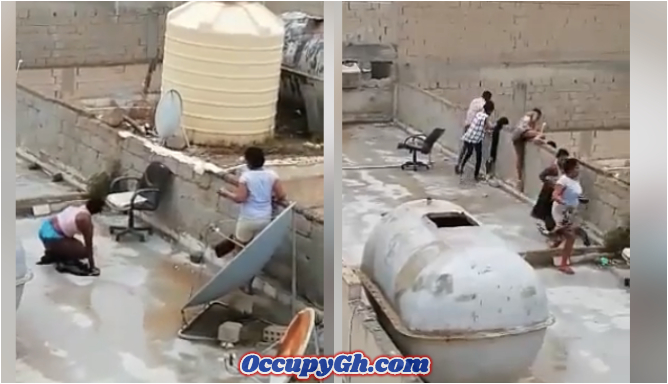 People especially women have been warned yet again to be careful while seeking greener pastures outside the country following a shocking incident which happened quite recently in Kuwait. (Video below)

A Facebook user John Dahl – raised an alarm of some young African women who have been locked up and r*ped in ‘contract houses’ in the Middle East country.

A trending video posted online shows the moment the African women tried to escape from the foster homes by climbing the walls. Some of the women were also injured while attempting to flee.

There is currently a horrible scene on the side of Kuwait. Indeed, young African women locked up, tortured and r*ped in foster homes more known under the name of “contract houses ” tried to escape by climbing the walls of these “Underworld” to escape this slavery Characterized.

Only, many of them fractured the members and made serious injuries in their quest for freedom.

In this article:Africa, Dubai, Kuwait