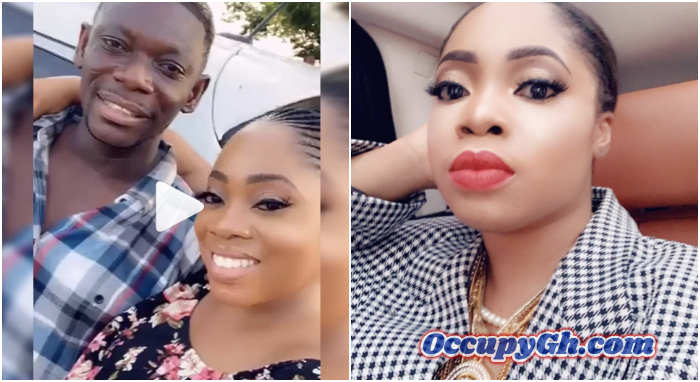 Kumawood actor Agya Koo who has been off the movie scene for some years now has been spotted in a new video available sighted by ghpage flirting with the slay queen and socialite Moesha Buduong.

The two who are casts for Kofi Asamoah’s upcoming movie titled “Away Bus” were seen in the video enjoying themselves whiles on set shooting the movie which also features some top Ghanaian stars.

AWAY BUS is a movie centered on family love, money and friendship. Actress Salma Mumin who plays the lead character as Kiiki had to do everything possible to save her dying mother at the hospital.

In the quest to achieve that she and her friends had to rob a bus but, after the successful robbery, another armed gang attacked them for the money they have robbed. And that’s where the story unfolds.