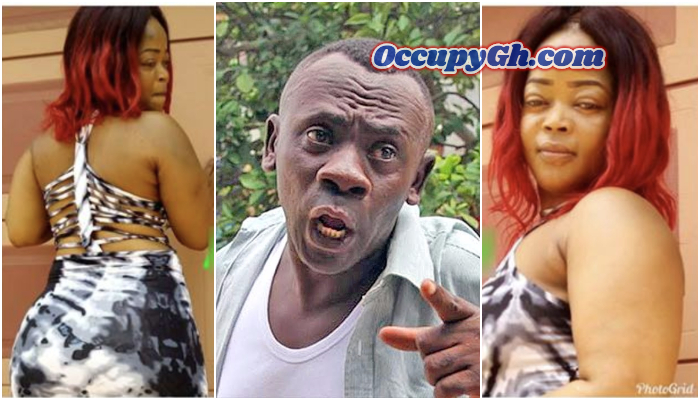 New Actress, Sheila Obofour has made an wild allegation against Akwesi Boadi, popularly known as Akrobeto.

The lady in an interview with GhVerge Tv alleged that Akrobeto has slept with her after they met on set.

She added the aside the kumawood actor, many big men in Ghana have had s*x with her.

When she was asked to mention their names, she refused to drop the supposed tall list of big men she’s played the adult game with.

She however said she exposed Akrobeto because his recent criticism of slay queens pisses her off.

It seems the young woman is really hungry for attention. (We will give her one)

Check out video below…