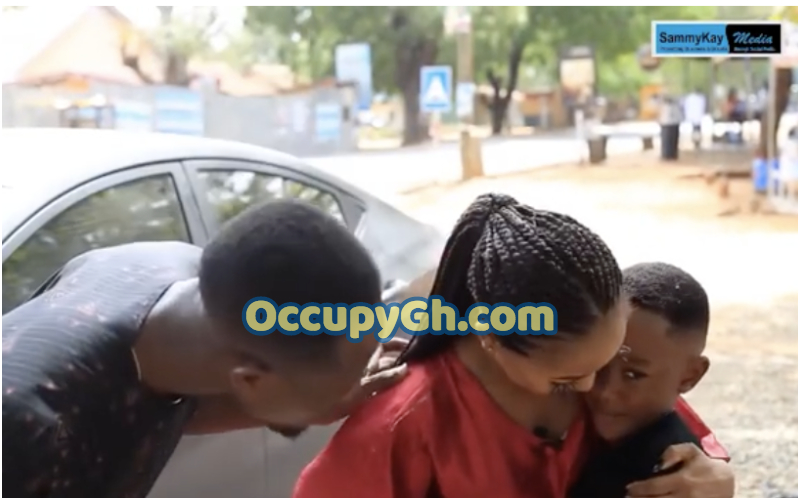 A video that captures the touching and sad moment Akuapem Poloo reunited with her son after being released from prison has just popped up on social media.

The video privy to OccupyGh.com captures the exact moment Akuapem Poloo picked up her son.

This was just after she got home after being released from prison on bail.

Akuapem Poloo was granted bail yesterday after her lawyer appealed for her case in the Accra High Court.

Poloo was granted GHC80,000 bail with two sureties. Her 90-day jail term has therefore been suspended until her appeal is over.