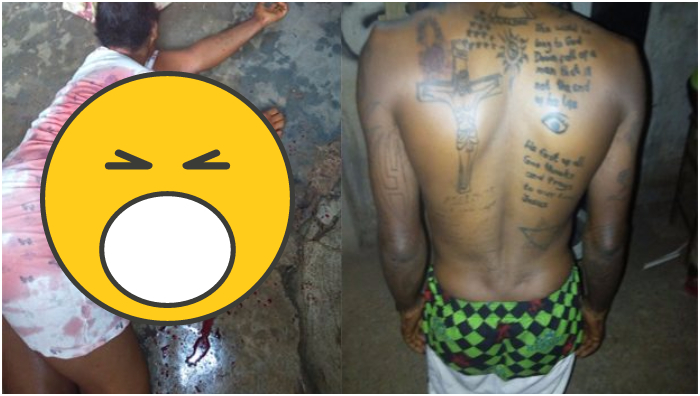 The sister in-law of Prophet Agya Dadie, founder and head pastor of Jesus Power House Ministries, has been accidentally stabbed on her shoulder by a supposed mentally challenged young man alleged to be a ‘Sakawa boy’.

According to Prophet Agya Dadie who spoke to DAILY GUIDE, the incident happened Tuesday morning when the young man was brought to his Akatsi branch of the church for deliverance and healing.

The young man, whom DAILY GUIDE has identified as Musah, is believed to have become mentally challenged through a spiritual cause and hence needed a spiritual healing instead of orthodox medicine.

The 28-year-old man who was brought from Accra to Akatsi by his family, was welcomed by the sister in-law of the prophet, Ama Fosua, and his wife Regina Asante as he (prophet) was absent.

As they were waiting for the prophet to schedule a meeting date, the suspect’s condition aggravated, pounced on Ama Fosua and stabbed her on the right upper arm.

As soon as he was informed, Prophet Dadie called in his personal doctor who attended to the sister in-law.

Prophet Dadie assured that the woman was safe but he had not reported the incident to the police because it was not an intentional act. He said the man who committed the act was under spiritual influence as he had gone for sakawa (blood money).

When he allegedly went for the blood money, he was reportedly asked to have sex with a mad woman as a form of ritual for him to become rich. However, he was unable to honour that part of the ritual and so he became mad. “His family, in an attempt to save him, brought him to me for deliverance,” the prophet explained.

He said by the grace of God, Musah had been delivered and returned to Accra with his family after he had confessed his evil deeds and apologized for attacking the young lady.

“In fact, the man’s tattoo had some spiritual implication on his life as there was a covenant established between him and those spirits, hence the constant torments he experienced,” he revealed.