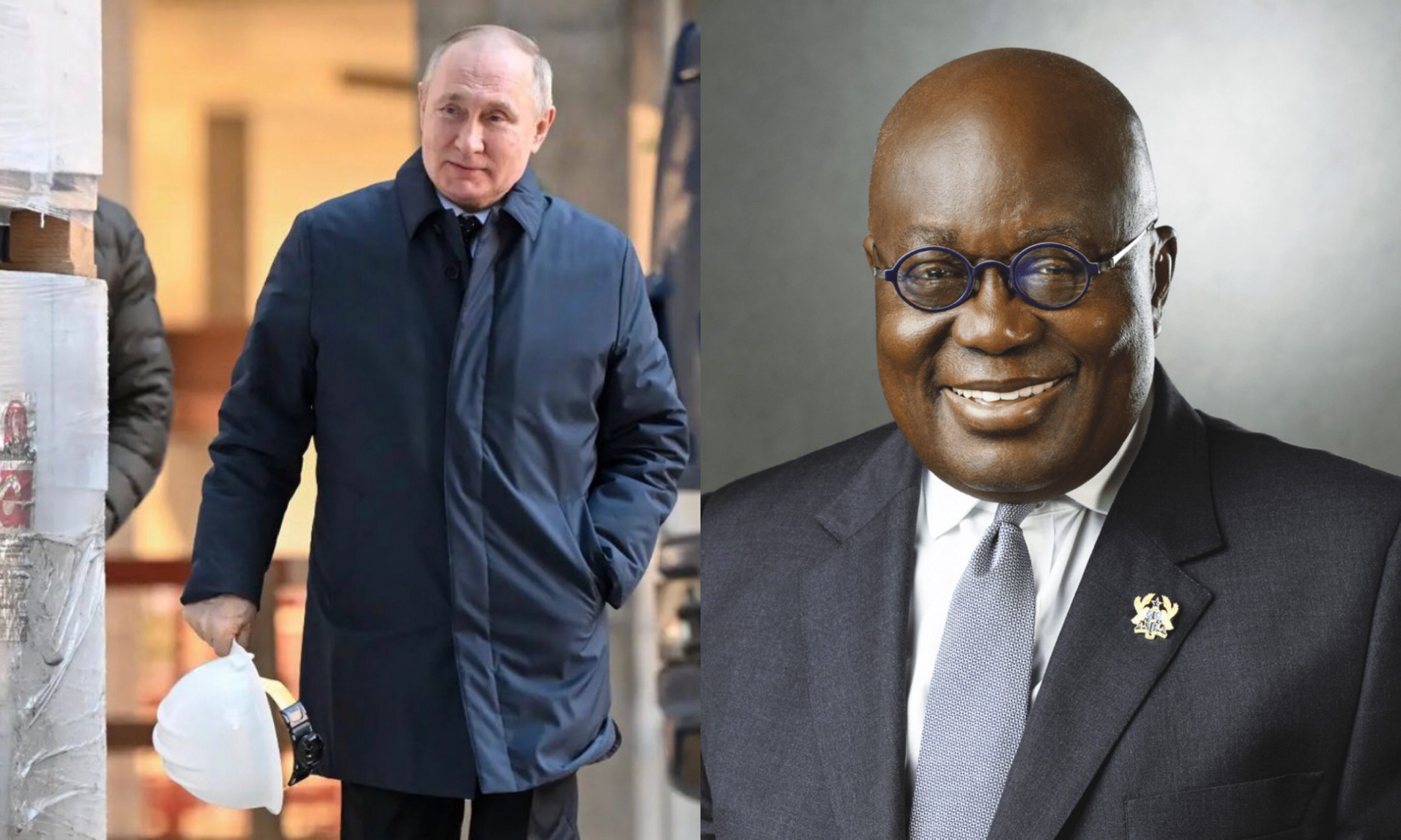 BREAKING:  "Withdraw All Your Money From Mobile Money Before Akufo Addo Uses It To Bath In The Sky" - Twene Jonas (VIDEO)

Most countries have condemned Russian President, Vladimir Putin after he sent his troops to attack the Ukrainians. Putin has been considered the main brain behind all this war and leaders around the world are against him.

However, a fake video has just surfaced on the internet, circulating online as Putin is seen warning President Nana Addo and also threatening to send his troops to the Togo border.

As per details gathered by our outfit, this video is fake and was edited, no one should take it seriously. Putin has not stated or mentioned Ghana’s name anywhere as far as details are available.