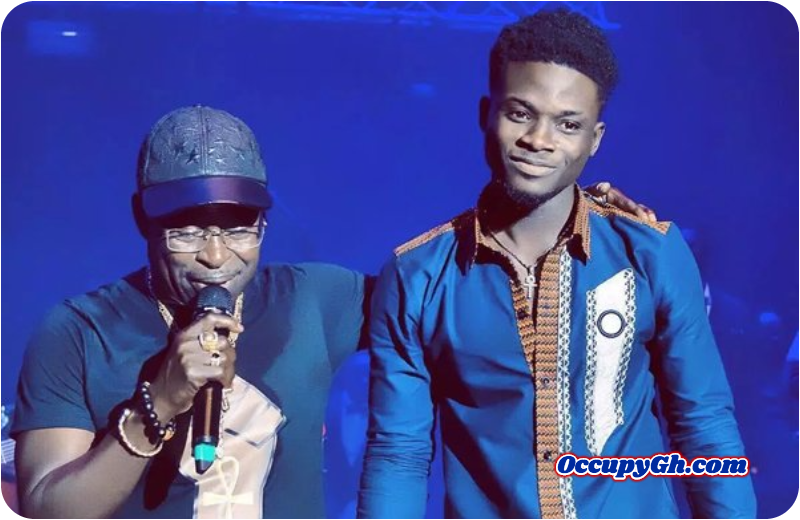 The endorsement came after a joint performance at the Vodafone Ghana Music Awards, at the Accra International Conference Centre.

Amakye Dede described Kuami Eugene as his son, surprised the audience when he gave him a crown on stage as the future king of highlife music in Ghana.

According to Amakye he is positive that Kuami Eugene is the only promising highlife musician to take over from his highlife lead.

“I am giving this to you that you are coming to raise highlife music. From my heart, from God, I support you Kuami,” Amakye Dede said.

He added that Kuami Eugene would not fade out easily because he has built a very strong foundation for himself as far as good highlife music is concerned.

In an interview, Amakye Dede added that he loves listening to Kuami Eugene’s songs because his lyrics are educative. Kuami Eugene, born Eugene Kwame Marfo, won three awards ? highlife artiste of the year, album of the year and music producer of the year at the VGMA.

He is known for several songs such as ‘Angela’, ‘Confusion’, ‘Wish Me Well’, among others.