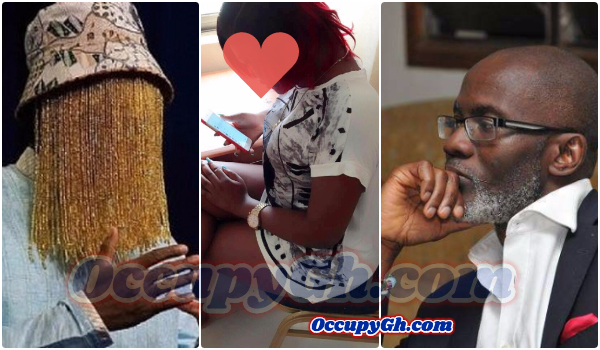 Gabby Asare Otchere-Darko has revealed that he was one of the “first victims” of investigative journalist Anas Aremeyaw Anas’ journalism work.

The relative of the president of Ghana said Anas “falsely” accused him of preying on female students at the University of Ghana’s Volta Hall way back in 2002.

Mr. Otchere-Darko claims this incident happen even though he was a fan of Anas’ work.

In a write-up titled ‘Is Anas entertaining and winning?’, Mr Otchere-Darko expressed qualms about the entrapment method used by Anas and his Tiger Eye PI team and wondered whether his exposés have had any positive impact on the fight against corruption.

This write-up follows a release of Anas’ latest investigative work ‘Galamsey Fraud’ which exposed a presidential staffer in a compromising situation.

IS ANAS ENTERTAINING AND WINNING?

This piece runs the risk of being misunderstood but I think it is important to ask these questions, anyway. In sum, based on what we know so far, we must seriously examine the work of Anas and his Tiger Eye investigations, specifically on corruption, by asking the provocative question whether or not it is achieving anything remarkable beyond (1) “destroying” the few “unlucky” people who get caught by his trap and (2) offering us great occasional entertainment.

His videos are sensational, especially the promos. We go to the theatre to watch them like how the Romans would get enthralled watching the Gladiators butcher each other. Are these blockbusters really helping us in the fight against corruption? Historically, has government used the “shocking” revelations from Anas’ videos to reprimand enough the individuals culpable and reform enough the institutions involved? I ask these questions with the hope that we will look back critically to help us move forward better.

Don’t get me wrong. I am all for naming and shaming. In fact, I am one of Anas’ biggest fans. I was also one of Anas’ first ‘victims’ by the way. Yes, as way back as 2002, he threw his searchlight, which was then on low battery, on me quite mischievously. I was a newspaper editor and he a reporter and also a student at the University of Ghana, who had a satirical column in the Crusading Guide. He once accused me FALSELY (with all the emphasis I can conjure) in his column of regularly joyriding (after Saturday football on Legon campus) predatorily in my small VW convertible around Volta Hall, presumably hunting for a beautiful prey. Of course, we laughed over it as friends. Those days, he was just a normal, ambitious, handsome young man, who did not need a mask and could be seen more easily and often by the Volta Hall ladies.

Jokes aside, I have ten questions to ask about our society and the impact of the “Anas Principle” and I will proceed to explain, where necessary, why the question.