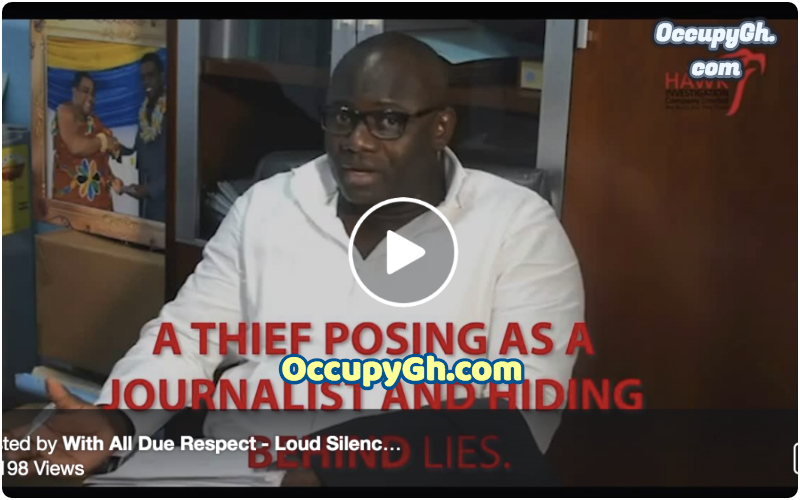 After his uncountable expose‘s about ‘cunning‘ notable personalities in the country, Host of Net 2 Tv’s ‘the seat’ show has been caught in Anas’ Bribe trap.

According to the video, the absence of any substantial proof in the Net2 TV presenter and his boss Kennedy Agyapong‘s accusations necessitated an undercover work into his sudden zeal to destroy the image of Tiger Eye Pi. Anas recounted how a team member who posed as a relative to a man who had been exposed by Anas.

The Host of One of the controversial shows which seek to expose cruel people and ‘fake‘ men of God has also been exposed in what is believed to be a bribery Scandal to give false information ace investigative Journalist, Anaa Aremeyaw Anas.

In the said Video, Kweku Annan was seen taking Money from one ‘Tiger’ to give false information about the Investigative Journalist.

Bragging in the viral video, Justice Kweku Annan said, he controls Oman FM whiles, Hon. Kennedy Agyapong Controls Net 2 so everything they would say about Anas would go Viral.

He also added that, He has sent Ana’s Video and Pictures out already so all that is left is the Vital Information to add up to the Visuals that has already been released.