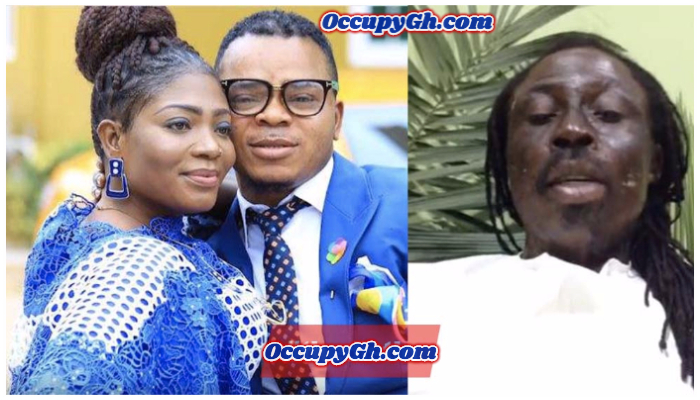 The big boobied Pamela Odame continues to make news all the time, everywhere you look.

Everytime she opens her mouth to speak, she displays the same level of intellectual capacity as Akuapem Poloo. It’s no wonder Delay has offered to sponsor her to go back to school.

Anyway, it seems another Pamela is also making news for contributing to the break-up of the marriage between Florence Obinim and noted Angel of God, Bishop Daniel Obinim.

According to Kwaku Bonsam, a certain pastor impregnated Pamela with twins, one of whom died after she gave birth. Bonsam didn’t specify who the pastor is but some clues seem to point towards it being Obinim, who he’s currently in a feud with.

Bonsam alleged Obinim was lavishing the lady (Pamela) with money and goodies to the neglect of his wife, leading Florence to run away from Obinim to Spain and not return.

A while ago Obinim and his wife went on vacation in Spain and apparently she hasn’t returned to the country since. Going by Kwaku Bonsam’s words it’s because of Obinim’s infidelity with the lady known as Pamela.

Video of Kwaku Bonsam making allegation against Angel Obinim below…