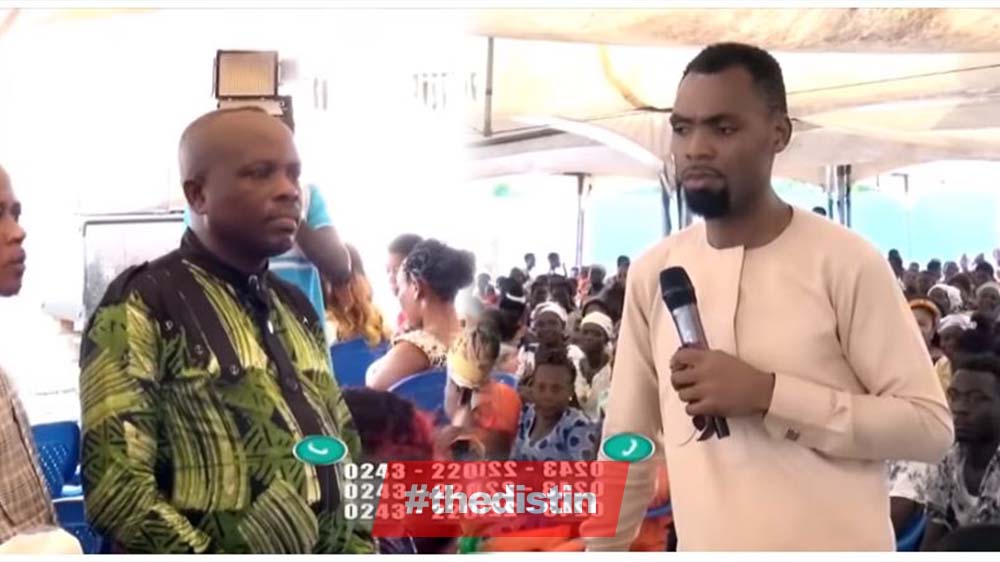 Reverend Kwaku Antwi popularly known as Rev Obofour has just disclosed what led to the collapse of Apraku My daughter’s church at spintex in Accra—including his other churches.

Obofour said he met Apraku my daughter some years ago in Kumasi and that was when he saw he was going to go down.

“I was using a Benz when I met you at a filling station at Suame roundabout opposite Asanteman secondary school – and which you were using a Chrysler.

By then, I had seen at your back that you were going into a ditch. But you are back again and I will come and pick you at night so we fly together.” Rev Obofour stated.

Prophecying to the popular ace prophet, Obofour said that they put something(juju) into his food which was meant to disgrace and make him lose all his glory.

Rev Obofour made it known that aside from that, they also planned to kill him with the same juju and was supposed to die this easter, but he has broken it.

He continued to say that, he will make Apraku great again.

“I didn’t call to joke as there is a big spiritual padlock I have to open for you. And when someone is buying for you to eat, it is better the person teaches you how to fish—I am resurrecting you again.” Rev Obofour said.

He instructed Apraku to change his name and choose a name of his choice from the bible as the name ‘Apraku my daughter’ was given to him to disgrace him.