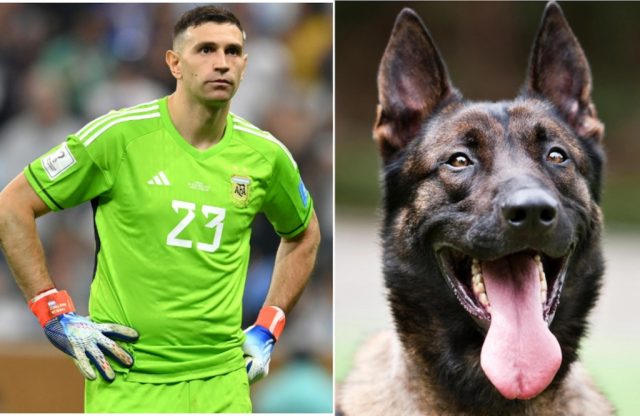 According to reports, Emiliano Martinez, the goalie for Argentina, will spend £20,000 on a guard dog to tenaciously guard his World Cup championship medal.

The 30-year-old made a key stop with seconds left that might have given France the edge, which helped Argentina win the World Cup.

He also made a fantastic stop in a penalty shootout, and Aurelien Tchouameni’s missed attempt was likely caused by his ominous manner.

Since his valiant efforts and eventual World Cup triumph, Martinez has come under fire for a number of improper celebration-related behaviors.

Martinez, however, has installed a scary canine protector in his Midlands house to make sure that his victory medal is kept safe at all costs.

The Golden Glove winner reportedly spent £20,000 on a highly skilled Belgian Malinois, according to The Daily Star.

The dog may weigh up to 30 kg, and the English-language media website claims that both the SAS and the US Navy Seals have used it in combat.