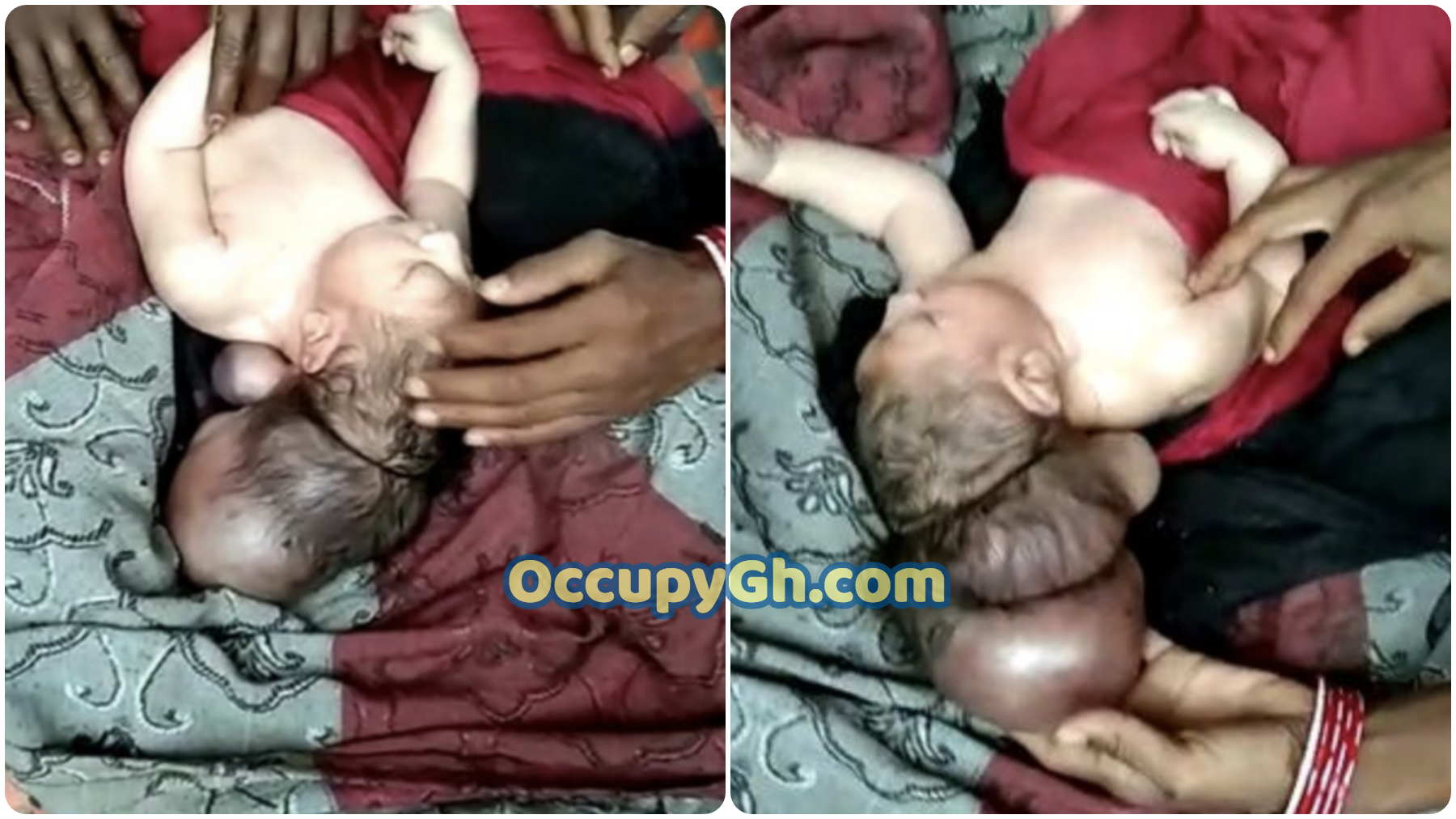 A baby born with three heads has attracted pilgrims who refer to the child as an incarnation of God.

Strangers in India have reportedly been making pilgrimages to see the infant since its birth in Uttar Pradesh was announced on July 12.

The mother named only as Ragini is understood to have been through a “normal” and healthy pregnancy which made the birth of a three-headed child all the more shocking.

In photos and videos, the infant is seen with two extra heads with hair directly attached to the back of its “normal” head.

Both mother and child are reportedly doing well and have left the hospital and returned home.

However, they are said to be upset after being inundated with visits from people who are desperate to see the newborn baby.

Locals are reportedly calling it an “incarnation of God” and people are traveling miles to reach the home so that they can bless the baby.

In this article:India, Religion, Viral