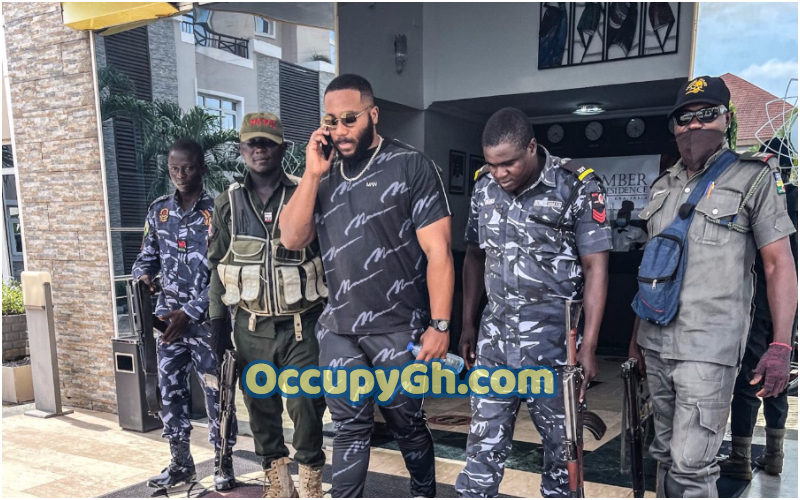 BBNaija Kiddwaya Steps Out With 4 Police Escort, Netizens Drag Him Out

BBNaija Kiddwaya is being dragged out by social media users for stepping out with 4 police escorts as per a new video that has popped up.

Kiddwaya was seen on social media as he was escorted by a total of four police escorts.

A lot of Twitter users have come out to bash the billionaire’s son over this move noting that it is uncalled for.

Some hailed the billionaire’s son, explaining that the level of kidnapping in the country was enough reason for him to have such security.

Check out some reactions below or visit  OccupyGh.com for more stories.

In this article:Kiddwaya, Nigeria, Police