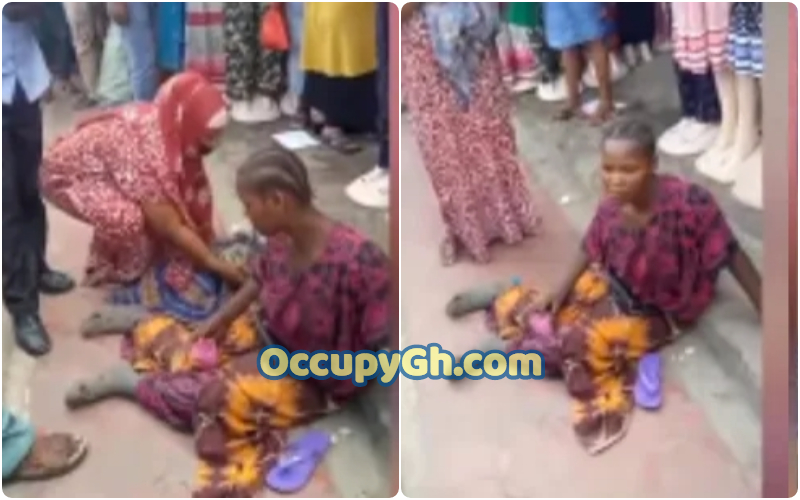 I know most people working in offices with degrees and whatnot do not even makeup to $100 a day. I know a University graduate who works for one of the biggest banks in Ghana who does not earn anything close to $10 a day.

However, a Mombasa beggar earns up to $187 a day, averagely – maybe I am in the wrong profession.

A Mombasa beggar, a 23-year-old Tanzanian national has been arrested and investigations discovered that the children she was caught with were ‘rented’ from Kenyan parents.

“Our officers have been investigating this syndicate of con artists from Tanzania. We even have a court case against one suspect who traffics them to Mombasa,” Basafar said.

Basafar warned parents against renting their children and urged well-wishers to spend money on genuine and urgent cases.

“We have people at Coast General Hospital who can’t afford medication. They are in pain. These are the people we need to help and not these con men,” Basafar said.

The Tanzanian woman was charged with two accounts of obtaining money by false pretense and another of being in the country illegally.

She pleaded guilty before Senior Resident Magistrate Rita Amwai and was sentenced to 1 yr in prison for the charge of obtaining money by false pretense or part with a fine of $468.52.

On the second count of being in Kenya illegally, Judge Amwai gave repatriation orders after fulfillment of the first judgment.

In this article:Crime, Kenya, Mombasa